Martin Scorsese once said in an interview about John Cassavettes 'When you say just pick up a camera and shoot a movie, you have to understand that means you're crazy. When you pick up that camera and look through and start shooting something happens, like a drug and you've got to keep going and you start borrowing money, begging - till you have your movie.' 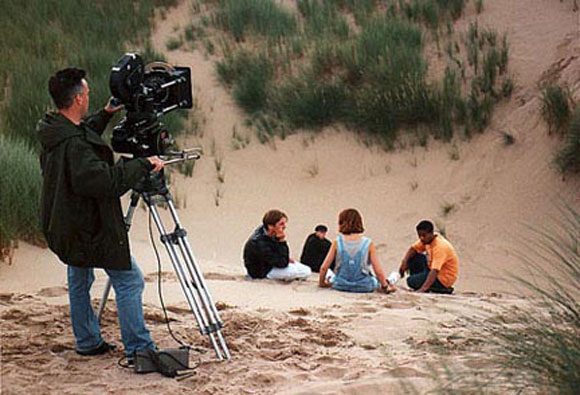 Director, Charles Teton, runs through a scene with Jess & Abe.

I'm beginning to understand what he meant'. - Charles Teton

Dark Summer is a simple, urban love story set in Liverpool. It is a tale of the lost innocents of the two young protagonists Jes (Joeline Garner Joel) and Abe (Steve Ako). The film follows them on the voyage that is their relationship, through one long summer full of struggle and achievement, love and death and ultimately failure and reevaluation. Which is dictated not so much by their own conscious decision but by the intervention of fate.

Instigated by Jes, They meet and fall in love when she starts work one summer at her fathers scrap metal yard, where Abe works as a mechanic. At night Abe fastidiously trains to better himself as an amateur boxer.

After warnings from her over protective father Alan (Chris Darwin) to stay away from Abe, circumstances quickly change when he catches Jess and Abe together. With Abe sacked from his job, Jess decides to rebel against her father and moves in with Abe. She immediately finds work in a local nightclub, while Abe unsuccessfully continues to search for a new job. Everything starts to look brighter when Abe is approached by a professional boxing manager and at the same time Jess becomes pregnant. It seems like nothing can stop their happiness together. Jes leaves her job and starts obsessively to prepare for the forth coming birth of their child. The symbol of this being Abe's training room which is maternally transformed into the babies nursery. 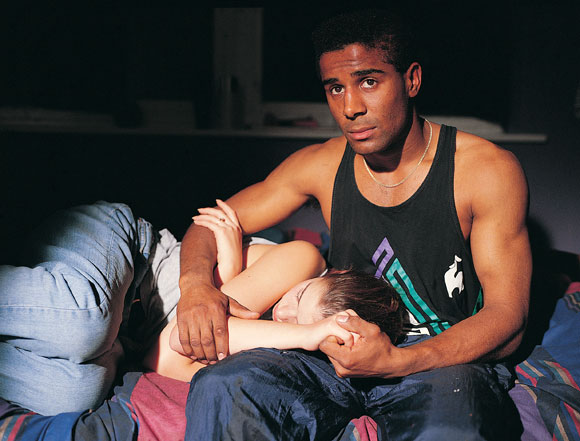 Abe (Steve Ako) and Jess (Joeline Garner-Joel) after the miscarriage.

Suddenly all their dreams are shattered when Jes unexpectedly miscarriages. Knocked sideways with grief they find themselves unable to communicate. The Film continues to study the slow breakdown of their relationship and desires to it's final conclusion.

Shot entirely in Liverpool, the city is as much part of the film as the two main characters, personifying the juxtaposition of harshness and warmth with its beautiful yet raw surroundings. The ebb and flow of the River Mersey echoing the certainty that time will pass. Visually evocative and filmed in Cinemascope, with an original reggae soundtrack by Augustus Pablo, the film evokes the memories of a summer gone by, rather like a moving photograph album.

Charles Teton was born in England in 1961 of English and Canadian French extraction. Left school at 16 to act and dance in productions at both The Redgrave Theatre and the Young Vic. Five years as a Photographer in France and Italy fine tuned him visually before he acquired a background knowledge of film making by working as an Assistant Producer, Assistant Editor, Sound Recordist and Assistant to the Director on low budget features before becoming a Lighting/Cameraman. Also during this time he became an Associate Producer on a major feature film which is being released in 1997.

He started pre-production on Dark Summer, his first feature film which he wrote, produced, directed, edited and cinematographered in 35mm Cinemascope. It was completed a year and a half later, when it was premiered at the London Film Festival and is now currently being screened at festivals across Europe and North America; these have included representing British Film Making at the International Film Festivals of Rotterdam, Gottenburg, Emden, Bradford, Birmingham, Cherbourg, Oldenburger, Annonay and New York.

In recent publicity, Charles Teton has featured in the BBC2 Moving Pictures program as " one of the up and coming Indy film makers of the new generation. " America's Variety magazine identified Teton as " a film maker to watch out for in the future. " 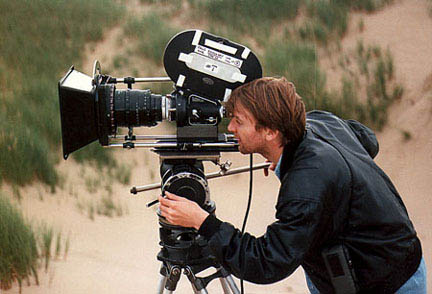 Both Joeline Garner-Joel and Steve Ako are newcomers to the industry. Encouraged by the reception of Dark Summer, they are both pursuing careers in Film and TV:

When Joeline was cast for Dark Summer she was 15 years of age and a student on a media training course in Liverpool. Since the completion of Dark Summer she is being screen tested as a presenter for a pilot music program.

Steve attracted the attention of casting directors when the Film was screened at the London Film Festival in 1993. As a result he is being screen tested for an LWT production about the life of Liverpool boxer John Conteh. As an amateur boxer himself, this is familiar territory to Steve, who comes from a formidable line of boxing champions - his uncle Hogan 'Kid' Bassey was the Feather Weight Champion of the World and his father Ray Ako was the Merseyside Area Champion. Already Steve has secured parts in several stage productions.

Since playing Snowy in Boys from the Blackstuff, Chris has worked on a wide range of projects in both Theatre and Television. Credits include Distant Voices Still Lives and in 1993 he took the stage production of Drummer by Fergus Kennedy to the Edinburgh Festival. Chris is currently starring in Brookside as Joey Woods, friend of Eddie Banks. 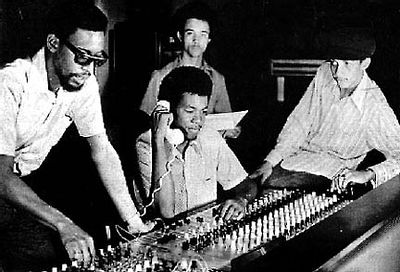 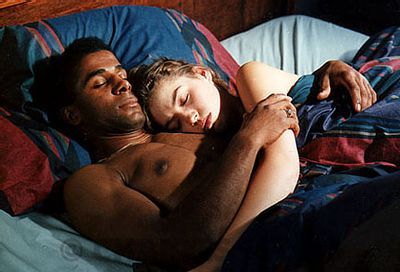 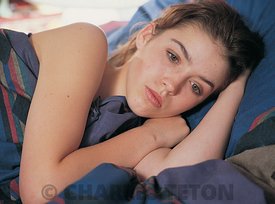 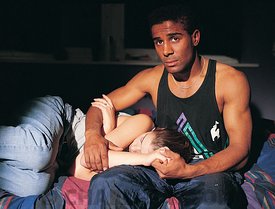 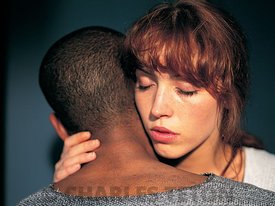 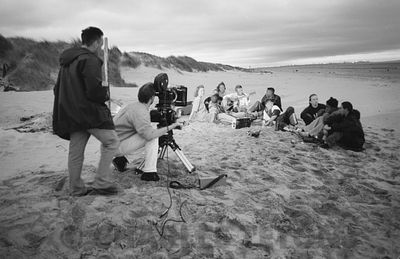 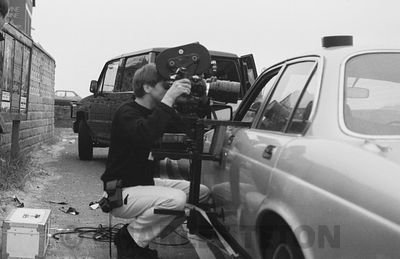 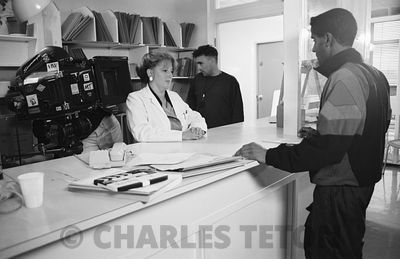 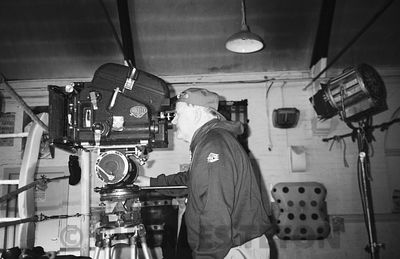 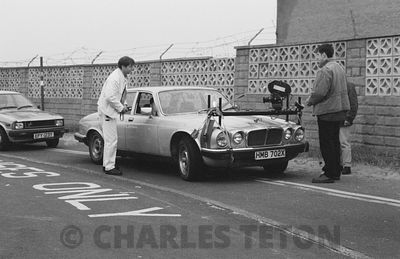 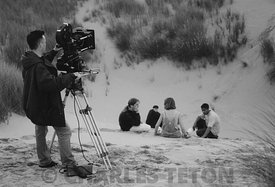 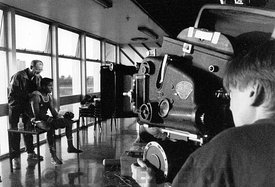 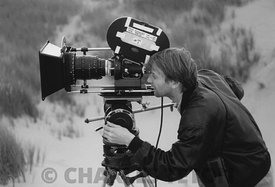 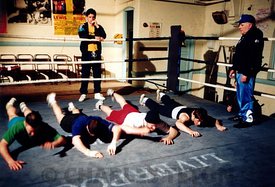 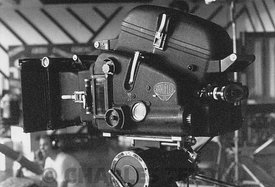